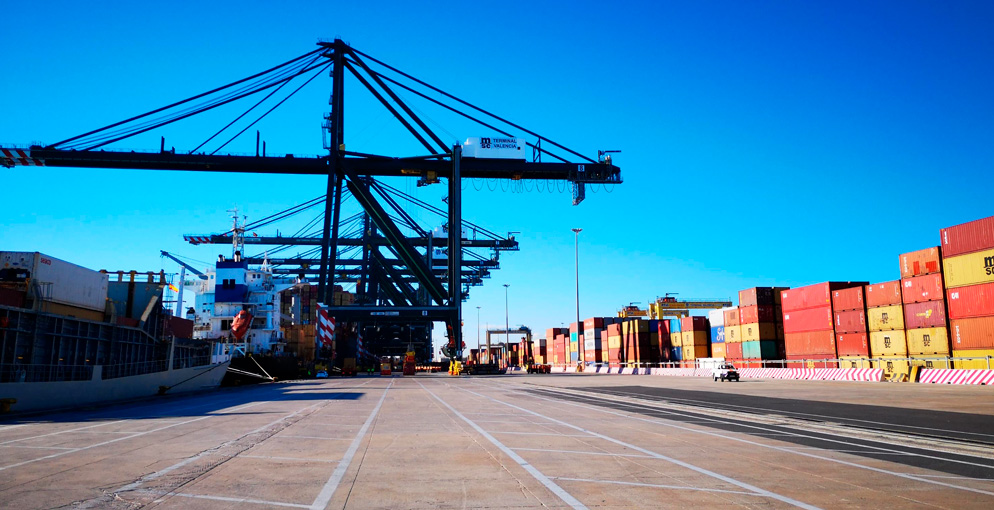 The Port of Valencia will be the first port in Europe to incorporate hydrogen energy to reduce the environmental impact of its operations. A reach stacker for loading/unloading and transporting containers and a terminal tractor head for ro-ro operations will be the first hydrogen cell-powered machines to operate in real conditions in the Valencian enclave. The initiative is promoted by the Port of Valencia and is part of its strategic plan for the development of renewable energies. The pilot project, called H2Ports, also incorporates the installation of a mobile hydrogen supply station that in the initial phase of the project will work in the Grimaldi (Valencia Terminal Europe) and MSC terminals of the Port of Valencia. This station will be developed with safety and economic profitability criteria with the aim of contributing to the decarbonization of the logistics-port chain.

Hydrogen is an alternative fuel that can replace fossil fuels such as gasoline or diesel.  Hydrogen can be obtained from renewable electricity and is presented as a necessary alternative in the medium to long term to achieve a sustainable and carbon-free economy.  While the use of fossil fuels implies the emission of carbon dioxide, which contributes to climate change, and of a series of pollutant emissions with great impact on public health (NOx or particles), the use of hydrogen in combination with fuel cells produces only water vapour and has no impact on the environment.

The H2Ports project, coordinated by the Fundación Valenciaport, will entail a total investment of 4 million euros and will involve, in addition to the Port Authority of Valencia, the Fundación Valenciaport, the National Hydrogen Centre, and the private companies MSC Terminal Valencia, Grimaldi Group, Hyster-Yale, Atena, Ballard Power Systems Europe and ENAGÁS. This project has received funding from the Fuel Cells and Hydrogen Joint undertaking (FCHJU). This public-private partnership is the European body that promotes the adoption of hydrogen as a low-emission alternative and receives support through the European Union’s Horizon 2020 Research and Innovation programmes, Hydrogen Europe Research and Hydrogen Europe.

As part of its energy strategy, the Port of Valencia incorporated in 2017 the use of hydrogen and fuel cells as an energy alternative, in its objective of continuous improvement in the reduction of emissions and the so-called Carbon Footprint.

The strategy received a definitive boost in June 2017 when the Port Authority and the Fundación Valenciaport signed a collaboration agreement with FCH JU for its participation in the Regions and Cities initiative with the aim of promoting the use of hydrogen and fuel cells in the Port of Valencia. With this agreement, APV and Fundación Valenciaport are part of the more than 88 regions and cities belonging to 22 European Union countries that have already signed this memorandum, including the cities of London, Reykjavik, Venice or Hamburg and the regions of the Loire or Rhine Westphalia, among others.

The H2Ports project will allow these new prototypes to be demonstrated in real operations at the Grimaldi and MSC terminals, thus becoming the first European port facilities to use hydrogen-powered machinery.

With the implementation of the actions derived from the H2PORTS project, the Port Authority and the port community continue on the path of searching for less polluting fuels for use in ports and thus contribute to the decarbonisation of transport related activities.