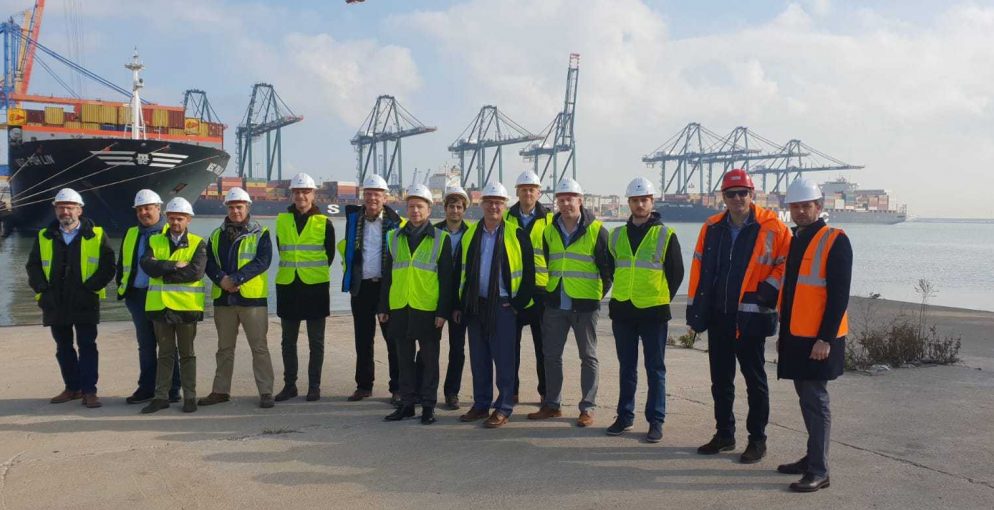 Valencia – 27.02.19. Last week, the final meeting of the project “INTER-IoT – Interoperability of Heterogeneous Platforms with the Internet of Things”, financed by the European Commission through the H2020 programme, was held at the Fundación Valenciaport facilities.

The Inter-IoT project, which has obtained a great success in the final evaluation developed by the European Commission, is framed in the interoperability at different levels of the systems of different companies, so that data can be exchanged in order to create new services. This makes it possible to integrate a company’s systems easily and without having to make changes.

Specifically, the Fundación Valenciaport has led the pilot developed in the Port of Valencia where some of the products implemented in the project have been demonstrated. Three different scenarios have been defined on: dynamic lighting, traffic and access control, and wind gust detection, in which the Port Authority of Valencia (APV) and the Noatum terminal, as well as other project partners, have been involved.

The first of the scenarios consists of a tool to visualize, in real time, data from the automatic door systems. This tool allows combining data from the port and the terminal to determine, for example, the time a truck stays in the port or how long it takes for a truck to reach the Noatum terminal after entering from the southern access, which would serve to calculate congestion.

The second scenario is a dynamic lighting system tested at the Noatum rail terminal and at the switchyard, which is operated by the APV. Both exchange information on the activity that is taking place by means of presence sensors, in order to collaborate on the appropriate lighting to operate.

In the last scenario, the APV and the terminals have exchanged information on wind gusts so that operations can be stopped when the wind exceeds a threshold that could be dangerous.

During the final meeting the project partners visited the different facilities that have been involved in the project such as the automatic door system of the Port of Valencia and Noatum Container Terminal Valencia.