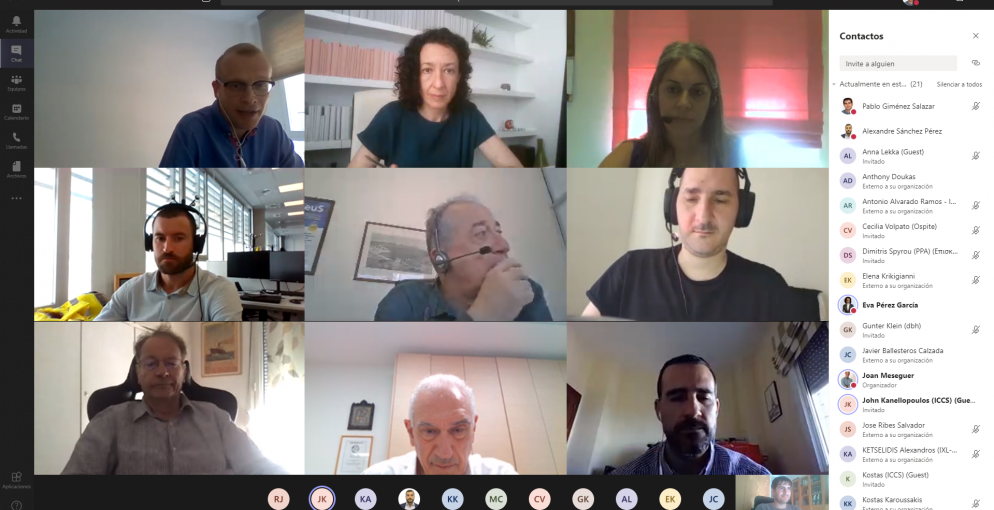 Valencia – 16.06.20 The general assembly of the Green and Connected Ports project (GREEN C PORTS), an initiative led by the Fundación Valenciaport and financed by the European Commission’s Connecting Europe Facility (CEF) programme, which began in June 2019, was held today in virtual mode.

GREEN C PORTS has the overall objective of providing a set of digitisation tools and technologies to improve the environmental sustainability of several European ports.

This project will address six business cases consisting of prototypes and pilot tests that will be implemented in different European ports, including the port of Valencia, and will serve as a basis for testing innovative technologies such as IoT, big data or predictive analysis using artificial intelligence models applied to the environmental field.

During today’s meeting, the partners reviewed the progress of the project’s first activity, which consists of installing sensors and other equipment needed to measure noise and emissions in ports and logistics chains. They have also analysed the progress in the integration of these sensors and equipment with the “Port Environmental Platform”, an application that will allow the collection of measurements from this network of sensors as well as from existing equipment and systems and that will subsequently allow the development of predictive models in six case studies.

Among the equipment and sensors whose installation will be completed this year in the Port of Valencia and on ships that will call at that port are:

– A highly innovative camera system that uses images to measure and provide real-time information on the emissions generated by ships calling at the port while they are loading/unloading.

– 3 sensors to measure noise generated by port operations in specific points within the port but close to the port-city boundary, so that it will be able to discern how much urban neighbouring areas are being affected by port generated noise.

– 4 sets of 2 megapixel cameras that will complement the closed-circuit television (CCTV) system of the port of Valencia, each with high quality video analysis to allow the user to detect certain situations related to road traffic. These cameras will measure traffic congestion at the port gates, at the terminal gates and at bottlenecks in the port area.

– 5 equipments with highly innovative extractive dilution techniques, capable of monitoring in real time the emissions generated by 5 different types of vessels frequently used on short distance voyages in the European Union. This equipment will be installed on different types of ferries in Baleària and will measure emissions on transport services between Valencia and the Balearic Islands.

Ultimately, this project will reduce the impact of port operations on cities, control emissions from ports and ships, and optimize cargo handling in major European ports. In this sense, the project will promote green, viable, attractive and efficient maritime transport links, integrated throughout the transport chain, and its implementation will contribute to rebalancing the EU transport system towards a more sustainable system.