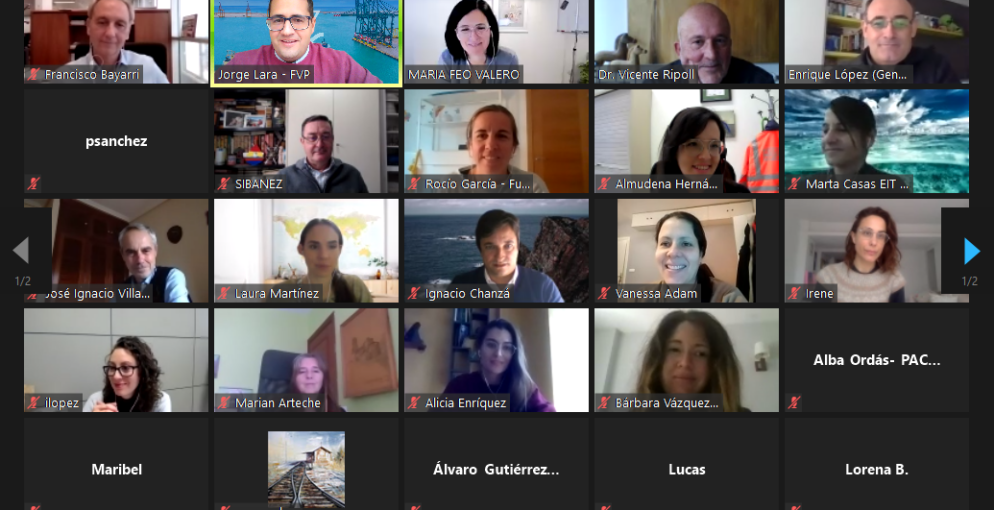 Valencia – 26.11.2020. Today, in the framework of the European project LOOP-ports, the Institutional Workshop on the Circular Economy was held in the ports of the Valencia Region. This initiative, organised by the Institute of International Economics of the University of Valencia in collaboration with the Fundación Valenciaport, was held in virtual mode and was attended by representatives from both the port sector and companies specialised in the management and revaluation of waste.

The workshop, which was welcomed by María Dolores Real García, Vice-Rector for Innovation and Transfer of the UVEG, aimed to present the results of the LOOP-Ports project, which ends next December, and thus open the discussion on the potential of the circular economy in the ports of the Valencia Region and the role of institutions in facilitating and promoting its implementation.

The presentations by Enrique López Balaguer (Head of the Prevention, Reuse, Recycling Promotion and Circular Resource Management Service of the Generalitat Valenciana) on the strategy of the circular economy in the Region of Valencia, by Cliona Howie (Director of Circular Economy at EIT Climate-KIC) on the actions of Climate-KIC in the field of Circular Economy and by María Feo (researcher at the Institute of International Economy) on the results achieved in LOOP-Ports have made it possible to set the context and reference framework of the workshop, highlighting the commitment among all the social and economic agents required for an effective transition to the circular economy.

An overview was then given of the main lines of action in terms of sustainability and the environment in the ports of the Valencia Region and of their positioning and potential in terms of the circular economy through the interventions of GV Ports (led by Francisco Bayarri, Head of the Port Operation Service in the Generalitat Valenciana), the Port Authority of Castellón (María José Rubio Felip, Head of the Department of Sustainability) and the Port Authority of Valencia (Federico Torres Monfort, Head of Ecological Transition).

Finally, the principal investigator of the project, Jorge Lara López from Fundación Valenciaport, closed the day by explaining the next steps and inviting those present to continue to study the subject in depth at the National Workshop which will take place on 4th December and at the final conference of the project, sponsored by the World Circular Economy Forum, which will be held on 16th December.

The European project “LOOP-Ports – Circular Economy Network of Ports”, coordinated by Fundación Valenciaport and financed by the European Institute of Innovation and Technology (EIT) through EIT Climate-KIC, has as its main objective to facilitate the transition towards a more circular economy in the port sector, where products, materials and resources are not considered as waste but can become sustainable and replicable business models in ports of similar characteristics.

The project, through the creation of a Circular Economy Network in Ports, will provide an ecosystem of innovation to stimulate the implementation of this type of initiative in European ports. The network will mainly focus on the following materials: metals, plastics, cements and biomaterials. This network of ports will facilitate the exchange of experiences and good practices, make recommendations at the regulatory level and promote training as well as new business opportunities both in the port clusters and in other industries related to their environment.