Towards the connected ports of the future 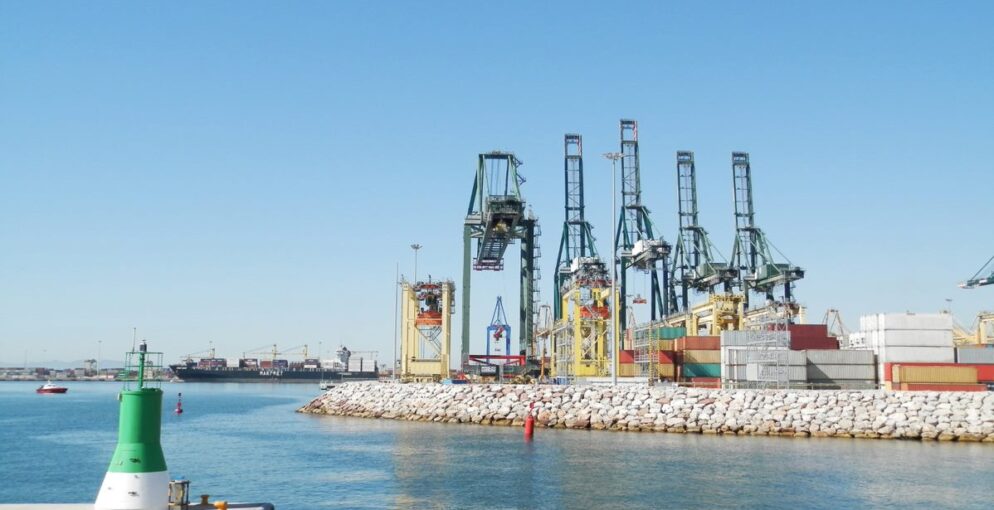 The Universitat Politècnica de València is leading INGENIOUS IoT, an international project that plans to use 5G technologies and combine them with other technological solutions such as the Internet of Things, Artificial Intelligence and Blockchain to improve logistics in port facilities and thus move towards the “connected port of the future”.

“INGENIOUS IoT will connect sensors, cameras, robots, freight containers, trucks, ships, machinery… and all the devices will be able to interact with each other; the project lays the groundwork for the connected ports of the future,” explains its coordinator, UPV professor and iTEAM researcher David Gómez Barquero.

The UPV researcher points out that 5G for the Internet of Things makes it possible not only to transmit at very high data transmission speeds, but also transmissions with very low latency or response time, and massive transmissions to sensors; and Artificial Intelligence and Blockchain make it possible to exploit the huge amount of data to optimise logistics processes and improve their traceability.

The Port of Valencia, the main testing ground

The main scenario of the project is the Port of Valencia, where different pilot tests will be carried out. The project also involves the Fundación Valenciaport and Cosco Shipping Lines (Spain), and the Spanish consortium is completed by Telefónica, Nokia, Asti Mobile Robotics, Neurodigital and Fivecomm.

“The IoT developed in INGENIOUS will facilitate the work of port operators, who will be able to control the transport of containers within the terminals through robots connected with 5G technology and an immersive solution combining virtual reality and augmented reality with the sense of touch,” explains José Luis Cárcel, digital transformation specialist at Fundación Valenciaport.

Another challenge for the INGENIOUS IoT is the continuous monitoring of the transport conditions of goods throughout their journey from origin to destination, using neuromorphic sensors as well as devices for satellite localisation of the goods.

“In this use case, we will carry out a multimodal freight transport test that includes a maritime route between the Port of Valencia and the port of Piraeus, in Greece. Throughout the journey, different data will be obtained about the state of the container, such as geolocation, temperature, humidity, etc… practically in real time. In addition, a series of alarms will be set to warn us of possible accidents or unwanted events in the container, such as unexpected knocks or doors opening,” explains Pedro Perez, BPS and Quality Assistant at Cosco Shipping Lines Spain.

The project will also apply Artificial Intelligence techniques to predict both the arrival and departure of cargo ships, as well as to monitor and optimise the entry and circulation of trucks through port facilities. In the same way, INGENIOUS IoT will explore the interoperability between different Blockchain solutions in order to improve the traceability of the cargo and the different events carried out in different logistic-port processes.

“In the future, containers will be equipped with sensors, as will the means of transport and, by applying Artificial Intelligence techniques, we will be able to process all the information in real time and thus optimise the stay of ships and trucks in ports, reducing the loading and unloading times of goods as much as possible,” explains Joan Meseguer, a specialist in digital transformation at Fundación Valenciaport.

The project, which involves a total of 21 partners, has a budget of 8 million euros, financed by the Horizon2020 programme of the European Union. It began last October and will conclude in mid-2023.