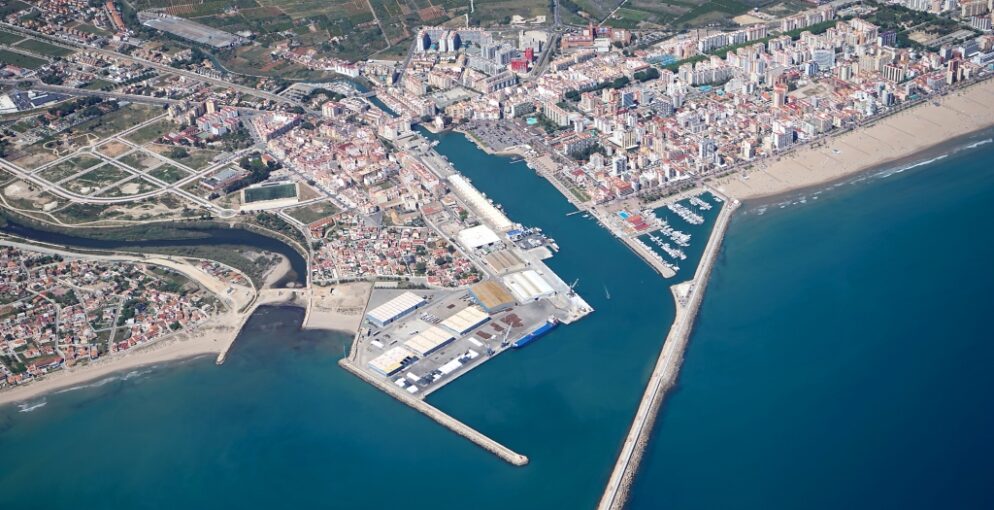 Valencia, 16 September 2021 – The Mostra de Pesca Artesanal, Turisme i Territori de la Mediterrània de Gandia begins tomorrow with a programme of events full of multiple activities aimed at all audiences. Guided tours, showcooking, exhibitions, storytelling, music and workshops are some of the proposals that will be open to the public this Saturday and Sunday on the esplanade of the fish market. This is the second edition of a unique, didactic and committed event to highlight the value of the fishing sector, which is so deeply rooted in the city, and to promote a sustainable blue economy.

The event, which is organised by the Gandia Fishermen’s Guild, has the support of the Port Authority of Valencia (APV) and the Valenciaport Foundation, which will be present with a stand where information will be provided on some of the initiatives being carried out to promote the fishing industry in our territory. Specifically, Valenciaport will present at this event activities for the recycling of marine waste and the promotion of tourism associated with the fishing tradition of municipalities such as Gandia.

Thus, among tastings of typical local dishes such as fideuà, octopus or cuttlefish, guided tours of the port or the fish market, maritime rescue demonstrations, theatre and musical activities or scientific and children’s workshops, the public who come to the Exhibition will be able to learn about two emblematic projects in which the Valencianport Foundation is involved: RepescaPlas and Tourismed Plus.

The RepescaPlas project is in its fourth year, removing plastic and other waste from the sea, studying how it affects the maritime ecosystem and recovering it in order to transform it into new resources for society. An initiative in which the Valenciaport Foundation and the Gandia Fishermen’s Guild are actively participating -several boats collect these waste products-, together with the Plastic Technology Institute (AIMPLAS), the Zero Waste Association, the University of Vigo, the Port Authority of Marín and the Fishermen’s Guild of La Restinga. In 2020, 4,218 kilos of marine litter recovered by the fishermen’s guilds of the ports of Gandia, Marín and Vigo in Galicia, and La Restinga on the island of Hierro, were removed. The Asociación Vertidos Cero and the University of Vigo are in charge of characterising this waste to define its nature and ecotoxicity, while AIMPLAS is exploring the possibilities of recycling the different plastic materials present in the marine waste in order to try to reintegrate them into the value chain. A commitment to the circular and blue economy that is part of Valenciaport’s commitment to sustainability and awareness of respect for the sea.

Tourismed Plus is a project in which the Valenciaport Foundation participates and which makes a clear commitment to fishing tourism, an effective and replicable response to tackle the threats to the sector and to enhance the value of an industry that is deeply rooted in many coastal areas and to promote the sustainability of maritime and fishing heritage and raise awareness of the importance of marine culture. This initiative, a continuation of Tourismed, aims to capitalise on the sustainable fishing tourism business model developed in the first stage in order to apply it in other territories, as well as to improve institutional support for this activity in all the participating regions.

An initiative of the Fishermen’s Guild of Gandia:

The II Mostra de Pesca Artesanal, Turisme i Territori de la Mediterrània de Gandia, under the slogan #GandiaLaMarDeBo, is organised by the Fishermen’s Guild together with the City Council, the Gandia-Albufera Local Action Group and the Eucrante Association. The president of the Gandia Fishermen’s Guild, Enrique Pérez, explained that this exhibition “is a way to bring the agent closer to everything there is around the sea, raise awareness about our seas and promote the circular and blue economy to value and commitment to our territory. It is also a way of promoting the sustainable tourism and gastronomic side of our city. Therefore, during these two days visitors will be able to enjoy multiple activities from show cooking, to net making workshops, maritime rescue or Red Cross demonstrations or more scientific and informative workshops”.