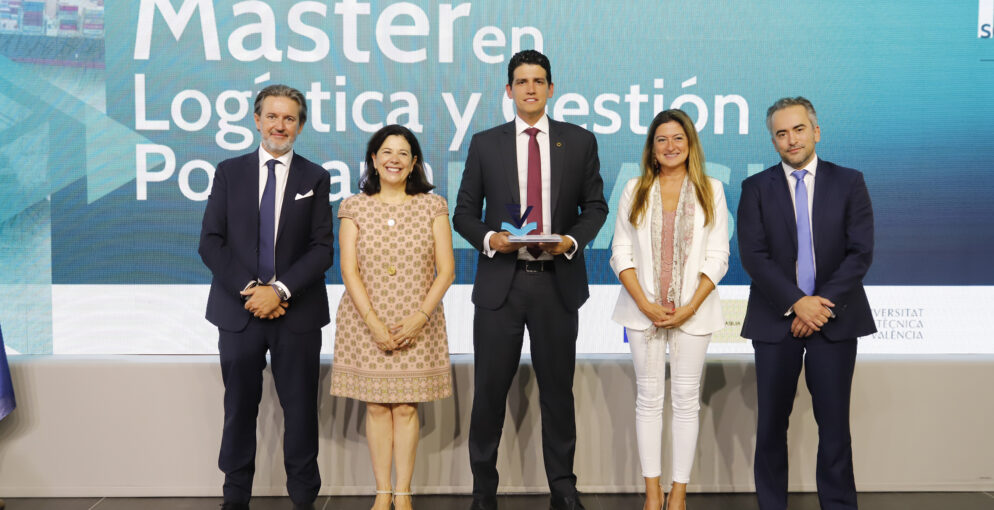 Valencia, 19 September 2022. – Last Thursday 15th September, the Spanish Embassy in Brazil hosted the inauguration event of the III edition of the Master in Logistics and Port Management taught by Fundación Valenciaport in Brazil, the awarding of degrees to the students of the first edition, as well as the recognition of the public and private entities that support and collaborate with Fundación Valenciaport in training and international cooperation activities in Brazil.

The opening ceremony was led by the Spanish ambassador in Brazil, María del Mar Fernández-Palacios, who welcomed all the attendees and invited Fundación Valenciaport to count on the embassy in future events and celebrated this cooperation between Spain and Brazil through Fundación Valenciaport.

The Brazilian Minister of Infrastructures, Marcelo Sampaio Cunha Filho, highlighted during his speech “the importance of this cooperation in order to strengthen the ports of Brazil” and “the need to work together on the port challenges that unite us and where training is a vital tool”. The minister also spoke of the technical maturity of the ports of Brazil and of the firm steps being taken to achieve the growth of the infrastructures that the country needs to be bigger and more competitive.

Ana Rumbeu, Director of Training of Fundación Valenciaport, then took the floor to highlight the leadership and the great vision of the Port of Valencia, which 30 years ago created the Masters in Port Management and Intermodal Transport, having already held 30 successful editions in the capital of the Turia. According to the director of training, “this vision is what the ports of Brazil now want to adopt with this cooperation agreement which has enabled this Master in Logistics and Port Management in Brazil to reach its third edition, with 90 port managers involved”.

This was followed by the academic ceremony for the awarding of degrees to the 29 students of the first edition who successfully completed their programme and who came from the ports of Santos, Suape, Paranaguá and Antonina, Empresa Maranhense de Administração Portuária, Agência Nacional de Transportes Aquaviários, Rocha Terminais Portuários e Logistica and the Ministry of Infrastructures, among other entities.  The diplomas were presented by the Spanish Ambassador to Brazil, the Brazilian Minister of Infrastructures and the Director of Training of Fundación Valenciaport.

Frederico Augusto Ruckert, student of the first edition, was in charge of delivering a speech on behalf of the entire graduating class, thanking them for the training received and highlighting the importance of this programme.

Finally, a special tribute was paid to Portos do Paraná for the trust placed in the development of the projects carried out in the ports of Paranaguá and Antonina in their digital transformation processes. The award was presented by the Spanish Ambassador in Brazil and by the Director of International Development of Fundación Valenciaport, Miguel Garín.