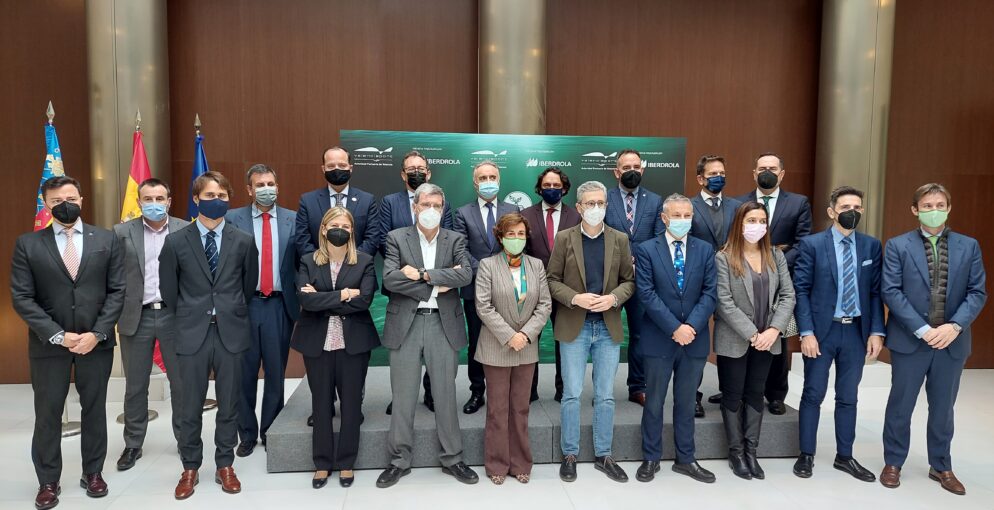 Valencia – 24.11.21. This morning, the presentation of the Net-Zero MAR Alliance, a collaborative platform in which Fundación Valenciaport and Port Authority of Valencia participates and whose main objective is to promote the decarbonisation and electrification of the maritime sector in Spain, was held in the Clock building of the Port of Valencia.

The event was attended by the President of Puertos del Estado, Francisco Toledo; the Regional Minister of Territorial Policy, Public Works and Mobility, Arcadi España; the CEO of Iberdrola España, Ángeles Santamaría; the President of the Port Authority of Valencia, Aurelio Martínez; the Director General of Fundación Valenciaport, Antonio Torregrosa, and representatives of the other organisations behind the initiative.

Some of the lines of action of this initiative will be the development of maritime infrastructure implementation plans or the development of business models to support the private sector. It will also monitor the regulatory framework, support the R&D of new technologies and create public-private partnerships.